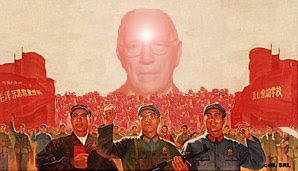 Lyndon LaRouche is right now changing some internal policies that has do do with healthcare. Lyndon often speaks about "health care" and has made political campaigns saying that all people "have the right to healthcare". But in his own cult that is not the case!

Lyndon has had thousands of people working for nothing for him. They have received almost no money and have often worked in LOUSY conditions. The phone team organizers in USA works in dusty and noicy environments, and that off course affects their health.

The organization has, however, given SOME help to the organizers. They have received some health care up unil now... But this is changing.

The new policy of Lyndon is to throw out the "useless eaters". At the factnet XLCR4LIFE published a revealing speech by Lyndon that all of you should read:

"And it’s precisely the quality shown which is absent among the Boomers late this week, here, in Leesburg, in the center of the organization. Because the “me, me, me” concern of the Boomer, the lack of regard for reality, for the state of the universe, for our political role, is a complete breakdown in morality, among a list of people I have. But it was a shock to me that they could be so stupid, so immoral, so withdrawn. Screaming about “My money! My money! My money!” Screaming about health care. And people who are actually, you know, in a sense subsisting here in the organization, because they can’t contribute to it – again, same thing! Complete irresponsibility! Anything I ever said about Boomer, I can say in spades, as a result of what happened here, this past week. That was really Boomerism, in its lowest moral degree, relative to our organization. Real Boomerism."

…Whenever you behave like the typical behavior, or mass behavior among our members in Leesburg this past week. You get the worst result ….

When the EEC left the organization in 2006, and many Germans abandoned the insanity of the organization, some German organizers talked about the "cultural revolution" in the ICLC.

The comparison with the maoistic lunacy is actually quite relevant. The witchhunt against the boomers in the LaRoucheorganization, and the way Lyndonsays that the youth in the organization are more brilliant, less blocked and in short MORE IMPORTANT than the older members, clearly shows that this comparison is relevant.

But there are more to it...

I met a chinese man in exile once. He told me a lot of stories about the Chinese cultural revolution. First of all the history was rewritten by Mao and his closest followers. Mistakes made by Mao and the group around Mao, were claimed to be mistakes made by others. In the case of EEC the EEC got all blame for things that Lyndon himself had done and today Lyndon claims that he has known all the time that Molly destroyed the organization (sic!).

If you look at how older people and disabled people, and people that were sick, was treated in the cultural revolution you see the same pattern. This chinese man that I once met told me that his father, a devoted communist and former professor, was ill at the time of the cultural revolution. The students, and the controllers of the students, did not care about that, they told the father that he would not get any more money from the state, and thus would be condemned to death by starvation, or he had to go out in the countryside to work at the farms.

He did not want to die so he went out and worked in the fields for a week, and died out of exhaustion... The son later receivedan angry letter complaining about how useless his father had been that only lasted for a week!

The Chinese man told me about another relative of his, that belonged to the intelligensia and that was cut off from all social security too, due to the cultural revolution. "Go out and work on the filed and work to spread the revolution, otherwise you are a traitor to mankind and the revolution", they said. He was disabled and was forced out and did not return. He too died!

The way a leader treats the members of the organization he leads, is very revealing. It shows how he would treat the subjects of a nation, if he ever got the power to ead that nation...


Lyndon "Mao" LaRouche has his own version of a cultural revolution and the "useless eaters" are to be eliminated!


That briefing is DISGUSTING!


Thanks XLCR4LIfe that you published it! 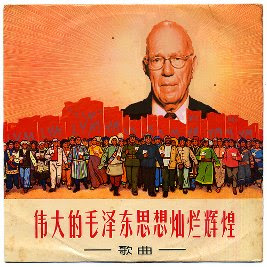 Read it for yourself below this picture!

Without Freedom of Thought there can be no such Thing as Wisdom; and no such Thing as Public Liberty, without Freedom of Speech.
/Benjamin Franklin, writing as Silence Dogood, No. 8, 1722
A learned blockhead is a greater blockhead than an ignorant one.
/Benjamin Franklin
Half a truth is often a great lie.
/Benjamin Franklin
He that is good for making excuses is seldom good for anything else.
/Benjamin Franklin
He that speaks much, is much mistaken.
/Benjamin Franklin
He who falls in love with himself will have no rivals.
/Benjamin Franklin
Hear reason, or she'll make you feel her.
/Benjamin Franklin
We are all born ignorant, but one must work hard to remain stupid.
/Benjamin Franklin
How strangely will the Tools of a Tyrant pervert the plain Meaning of Words!
/Samuel Adams
When the tyrant has disposed of foreign enemies by conquest or treaty, and there is nothing more to fear from them, then he is always stirring up some war or other, in order that the people may require a leader.
/Plato  ;o)
Liberty once lost is lost forever.
/John Adams, letter to Abigail Adams, 1775
If men through fear, fraud or mistake, should in terms renounce and give up any essential natural right, the eternal law of reason and the great end of society, would absolutely vacate such renunciation; the right to freedom being the gift of God Almighty, it is not in the power of Man to alienate this gift, and voluntarily become a slave.
/John Adams, Rights of the Colonists, 1772
Here comes the orator! With his flood of words, and his drop of reason.
/Benjamin Franklin, Poor Richard's Almanack
Freedom had been hunted round the globe; reason was considered as rebellion; and the slavery of fear had made men afraid to think. But such is the irresistible nature of truth, that all it asks, and all it wants, is the liberty of appearing.
/Thomas Paine, Rights of Man, 1791
Against stupidity the very gods themselves contend in vain.
/Friedrich Schiller
The tyrant does not believe in God, he believes that he is God!
/Friedrich Schiller
Tyrants have big mouths and small hearts!
/Friedrich Schiller
Darkness cannot drive out darkness; only light can do that. Hate cannot drive out hate; only love can do that.
/Martin Luther King, Jr.
He who passively accepts evil is as much involved in it as he who helps to perpetrate it. He who accepts evil without protesting against it is really cooperating with it.
/Martin Luther King, Jr.
Contempt for happiness is usually contempt for other people's happiness, and is an elegant disguise for hatred of the human race.
/Bertrand Russell
Hatred does not cease by hatred, but only by love; this is the eternal rule.
/Buddha
Hatred is something peculiar. You will always find it strongest and most violent where there is the lowest degree of culture.
/Johann Wolfgang von Goethe
Love, friendship and respect do not unite people as much as a common hatred for something.
/Anton Chekhov
Technology without hatred can be a blessing. Technology with hatred is always a disaster.
/Simon Wiesenthal
Those who enjoy their own emotionally bad health and who habitually fill their own minds with the rank poisons of suspicion, jealousy and hatred, as a rule take umbrage at those who refuse to do likewise, and they find a perverted relief in trying to denigrate them.
/Johannes Brahms