I got mail... (My advise to those that wish to warn others about the LaRouchemovement.)

I got mail...
Some journalist from Sweden that claims to know much about LaRouche and the EAP wrote to me and said that this blog is fine, but that he could not understand why one could not say that LaRouche is a nazi and, nor a normal antisemite or a racist. "He as well as the EAP is clearly is that", he wrote!
I answered that "he can call LaRouche and the EAP nazi if he also writes that the movement recruits people to anti-nazi causes, to a fight against racism, to fight antisemitism. He can call it nazi and antisemitic if he also writes that it recruits people independent of the creed, colour of skin or culture of the person. He can write what he writes if he also admits that it is FILLED with people of all so called races, including in its leadership, the same with jews, there are PLENTY of jews in it, including among its leaders. He can write that LaRouche is a nazi if he also at the same time say that LaRouche recruits people based on campaigns to save africa, and to make sure that all people gets the right to a standard of living BETTER that the european one today! He can write that LaRouche is antisemite if he also write that he treats all culture as he treats the jewish culture, he divides them into good and bad, oligarchical and nonoligarchical, and thus, he very often speaks well about jewish culture, and israelis too!"
You have to adress that thing which makes people join the organization, and it is most often their anti-racist and anti-nazi propaganda", I wrote! "If you write the opposite, it will not reflect what people see, and thus help the organization to recruit":
To this the "expert" answered "I cannot write what you propose, because if I write so people would not believe that LaRouche is a nazi or a racist. he would not seem nazi at all!"
I answered: "Well, he perhaps is not that. have you thought about that? Perhaps this totalitarian cult recruits people because its rhetoric and policies are ANTI-RACIST and ANTI-nazi! It is perhaps a totalitarian, but anti-racist and anti-nazi cult? I do not believe in the organization for a moment any longer, but must say that it has succeeded to take up some anti-racist causes that are ignored by mainstream politicians, to foster its cause. That is part of its success.
"Which causes", he asked!
I answered: "One very popular that recruits lots of people to the movement is the question about the right all people have to a european standard of living AND BETTER. I was an admirer of Martin Luther King before I joined the organization and he spoke about this all the time; that all Africans have the right to the BEST POSSIBLE standard of living, and to industrialize! The movement gains a lot of influence by being the only once to promote this cause. It reminds me somewhat of the technocrats in the 20s and 30s that did the same, while being TOTALITARIAN at the same time. Others did the same, like Bertel D. Brochmann in Norway in the 30s. The only person in the norwegian parliament that voted no to the racist eugenic laws in Norway was a member of the party of Brochmann. Still, he ended up supporting Quisling and the german occupation of Norway and had a contempt against democracy.
To this the "expert" wrote: "But can we really allow the Africans to have a european standard of living, will the planet survive if they start to eat like us and live like us!"
Lyndon LaRouche is a man of double standards that uses Orwellian doublespeech, but he surely is not the only one to use doublespeech AND DOUBLETHINK!
I cant remember how many times I met these kinds of arguments while a member, and still today I meet these arguments. And they make me wanna... throw up! 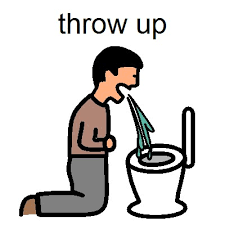 Please, use more truthful methods. One untruth does not justify another untruth!
/T
Posted by European at 11:53 AM

Read it for yourself below this picture!

Without Freedom of Thought there can be no such Thing as Wisdom; and no such Thing as Public Liberty, without Freedom of Speech.
/Benjamin Franklin, writing as Silence Dogood, No. 8, 1722
A learned blockhead is a greater blockhead than an ignorant one.
/Benjamin Franklin
Half a truth is often a great lie.
/Benjamin Franklin
He that is good for making excuses is seldom good for anything else.
/Benjamin Franklin
He that speaks much, is much mistaken.
/Benjamin Franklin
He who falls in love with himself will have no rivals.
/Benjamin Franklin
Hear reason, or she'll make you feel her.
/Benjamin Franklin
We are all born ignorant, but one must work hard to remain stupid.
/Benjamin Franklin
How strangely will the Tools of a Tyrant pervert the plain Meaning of Words!
/Samuel Adams
When the tyrant has disposed of foreign enemies by conquest or treaty, and there is nothing more to fear from them, then he is always stirring up some war or other, in order that the people may require a leader.
/Plato  ;o)
Liberty once lost is lost forever.
/John Adams, letter to Abigail Adams, 1775
If men through fear, fraud or mistake, should in terms renounce and give up any essential natural right, the eternal law of reason and the great end of society, would absolutely vacate such renunciation; the right to freedom being the gift of God Almighty, it is not in the power of Man to alienate this gift, and voluntarily become a slave.
/John Adams, Rights of the Colonists, 1772
Here comes the orator! With his flood of words, and his drop of reason.
/Benjamin Franklin, Poor Richard's Almanack
Freedom had been hunted round the globe; reason was considered as rebellion; and the slavery of fear had made men afraid to think. But such is the irresistible nature of truth, that all it asks, and all it wants, is the liberty of appearing.
/Thomas Paine, Rights of Man, 1791
Against stupidity the very gods themselves contend in vain.
/Friedrich Schiller
The tyrant does not believe in God, he believes that he is God!
/Friedrich Schiller
Tyrants have big mouths and small hearts!
/Friedrich Schiller
Darkness cannot drive out darkness; only light can do that. Hate cannot drive out hate; only love can do that.
/Martin Luther King, Jr.
He who passively accepts evil is as much involved in it as he who helps to perpetrate it. He who accepts evil without protesting against it is really cooperating with it.
/Martin Luther King, Jr.
Contempt for happiness is usually contempt for other people's happiness, and is an elegant disguise for hatred of the human race.
/Bertrand Russell
Hatred does not cease by hatred, but only by love; this is the eternal rule.
/Buddha
Hatred is something peculiar. You will always find it strongest and most violent where there is the lowest degree of culture.
/Johann Wolfgang von Goethe
Love, friendship and respect do not unite people as much as a common hatred for something.
/Anton Chekhov
Technology without hatred can be a blessing. Technology with hatred is always a disaster.
/Simon Wiesenthal
Those who enjoy their own emotionally bad health and who habitually fill their own minds with the rank poisons of suspicion, jealousy and hatred, as a rule take umbrage at those who refuse to do likewise, and they find a perverted relief in trying to denigrate them.
/Johannes Brahms